Casework Shop drawings and reflection of the year past and looking to a new!

The Year 2010 will soon be over and we Should reflect back and take account of the events that have taken place.


I have seen a lot of Small Businesses including Millwork, Casework & Wood Work Companies down size and even go Under in this tough Economy. I have to be thankful that We have been able to build new Client base steadily over the last 8 Months Providing Drafting Services, Millwork Shop Drawings, Casework Shop Drawings, Custom Woodwork Drawings, 3-D Modeling and 3-D Photo Rendering. 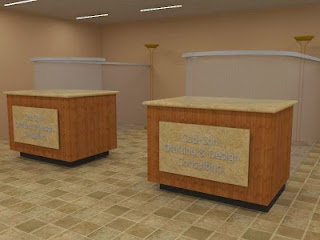 We live day to day and may not realize that the Small Businesses are the Horse Power of the Economy and while not as Major an event as some of the things i have listed below, still down sizing and closings are Major to the lives of the Communities and small Businesses. We as Small Business owners have to be better, stronger, faster and use technology, Skills and Innovation to be Competitive in a down economy. I would like to see 2011 be the year of the Small Business. My Goals for 2011 are to Gain Strength and Wisdom, and to enjoy the love of my friends and family.

February 3 – The sculpture L'Homme qui marche I by Alberto Giacometti sells in London for £65 million (US$103.7 million), setting a new world record for a work of art sold at auction.

April 20 – The Deepwater Horizon oil platform explodes in the Gulf of Mexico, killing eleven workers. The resulting oil spill, one of the largest in history, spreads for several months, damaging the waters and the United States coastline, and prompting international debate and doubt about the practice and procedures of offshore drilling.

May 20 – Scientists announce that they have created a functional synthetic genome.

July 25 – Wikileaks, an online publisher of anonymous, covert, and classified material, leaks to the public over 90,000 internal reports about the United States-led involvement in the War in Afghanistan from 2004 to 2010.

November 17 – Researchers at CERN trap 38 anti hydrogen atoms for a sixth of a second, marking the first time in history that humans have trapped antimatter.

Now while yes all pretty major things right along with an arm long list of other major events yet none of them more major than the Day to day lives we have lived and loved. Our days working to Survive and Provide in a Down Economy. So reflect back on the events that where important to you and maybe tell me a little about them!

I know that regardless of all that has occurred my most major events have been things like Camping with the family, Building Stuff with the kids, and The Major Days at the Beach. These are the things i will most reflect on!

In Closing to the Year of 2010 and in looking to a new i would like to leave with these words.

my God is my rock, in whom I take refuge, my shield and the horn of my salvation. He is my stronghold, my refuge and my savior, the one who saves me from violence.